By Ron Simonian
Directed by Mark Robbins
The Levin Stage

Uh-oh, he’s at it again! In the tradition of Slight Defect: A Desert Holiday, Thanatos and Zone 3, Next of Kin is a wonderfully warped new comedy from the twisted imagination of Kansas City playwright Ron Simonian. Next of Kin tells the story of three squabbling siblings who begrudgingly head home to throw their mother a surprise birthday party, only to discover that she’s been dead for three years. As with Simonian’s numerous other plays the Unicorn has premiered over the years, Next of Kin has Simonian’s trademark distinctively quirky, often-cynical-but-always-hilarious voice, which allows him to present the most delicate subject matter in the most explosive possible way. 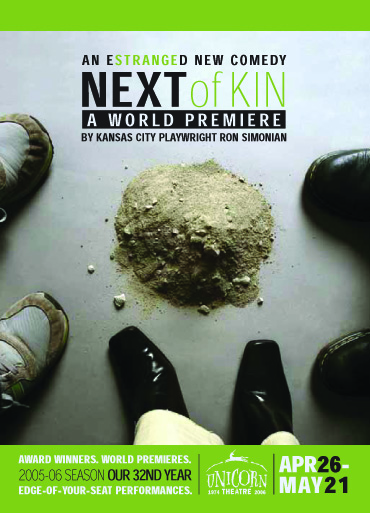 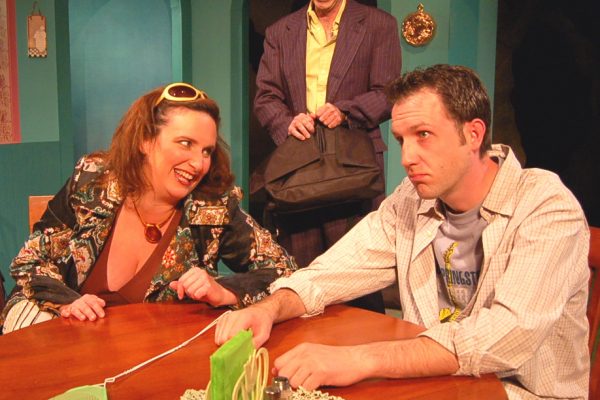 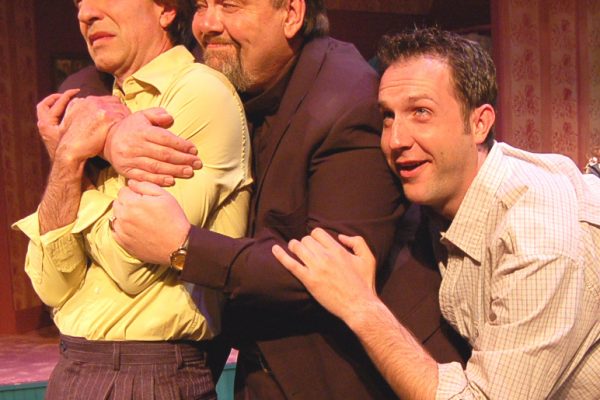 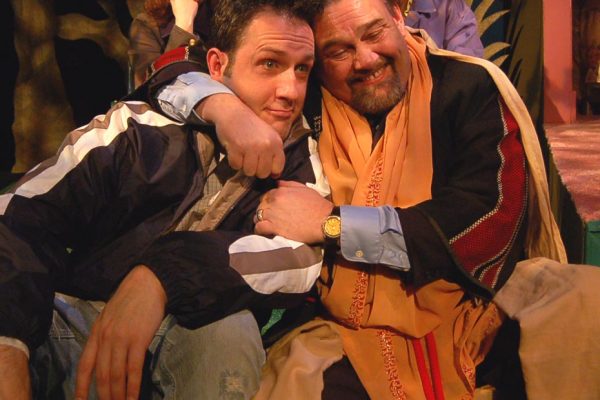